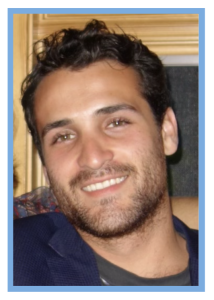 Tribute Fund in Gratitude for the Life of Conor Sean Doherty

When a member of the NAMI Westside Los Angeles community is lost, we grieve with their family and loved ones. We are proud to honor a family’s wish to support our work in their loved one’s name.

Conor Sean Doherty lived an extremely full life during his 28 years on this earth. He was an incredible younger brother to his three older sisters & beautiful son to his mom and dad.

Conor grew up in Playa Del Rey. A naturally gifted athlete, he played pop warner football, basketball and baseball. In High School, Rugby became a huge part of his life. He played for the Santa Monica Dolphins, Regis University’s Men’s Rugby team in college (captaining the squad his senior year) and later Santa Monica’s adult league on the beach.

In 2016, he graduated from Regis University with a Communications Major. Extremely creative and imaginative, Conor had an incredible ability to think outside the box. Given these innate talents, he decided to seek a career in media.  With an interest both in front of the camera and behind it, he took cinematography and film production classes at LMU as well as acting classes at UCLA. He worked at several creative ad agencies and then moved into the production world, working as a coordinator and assistant on several television projects and a few primetime shows.

Conor felt two of his greatest & most fulfilling accomplishments were summiting Mount Kilimanjaro (19,341ft) and helping build a primary school in Malawi, Africa with the BuildOn organization.

During Conor’s senior year of college, he started to exhibit early signs of paranoia and psychosis. For the next seven years, he was plagued with increased mental illness and became more cognitively impaired while lacking insight into his illness. His zest for life and beautiful personality became overshadowed by his brain disease. Towards the end of his life he was in extreme physical pain and mental turmoil. Having made the decision to finally see a Doctor, he was diagnosed with schizophrenia and anosognosia, sadly he took his life by hanging on May 21st 2022.

We are incredibly heartbroken to lose our amazing son and brother, yet thankful that he is no longer suffering and finally at peace. Conor battled the front lines of mental illness courageously and heroically. We are honoring him and his story by increasing awareness of the brain disease of schizophrenia and anosognosia.

NAMI (National Alliance of Mental Illness) WLA has been an invaluable resource for our entire family throughout Conor’s journey. The classes not only provided us with useful education but also strength and resilience. As a way to honor Conor, you can make a donation to NAMI Westside LA by clicking on Conor’s Tribute Fund button below. Your donation is confidential and fully tax deductible. Or send a check with Conor Sean Doherty on the memo line to:

Thank you for your loving, ongoing support,